“I love this author, her writing is crisp, clear, flawless, and her story-telling is brilliant.”
— 5 Star Review

Falling in love happens accidentally, in the span of a heartbeat, igniting desire, vulnerability and dreams of happily ever after.

An Excerpt from Her Thrilling Fling:

Lucas caught sight of Perla Lyman seconds before she saw him. Against her short, pale blonde hair, her flawless face held only the slightest trace of cosmetics. The flashy journalist wore a white sleeveless blouse tucked into a short, pink shirt. Her long, graceful legs and insane stiletto heels drew his interest, but he made a rule for himself years ago about not getting involved with reporters.

He had observed Perla from a distance at several black-tie events, and each time his carefully cultivated reserve sparked with a desire so intense that it had been difficult to dismiss. He despised the media and had no time for a woman who wielded a pen as her weapon. Even if she stirred something deep inside of him. He had been on the receiving end of poisonous gossip too many times and he much preferred to limit unneeded speculation about his family in the media.

He extended his hand. “Ms. Lyman?”

Her skeptical glance met his and she shook his hand for the briefest moment. Her eyes were a piercing blue, the color of the Caribbean Sea when the sun was overhead, turning the water into sparkling shiny hues. And her demeanor couldn’t be clearer: she wanted nothing to do with him.

She crossed her arms, drawing attention to her slim feminine frame. “Perla. And you’re Beatrix’s uncle?”

He made an effort to smile and said, “Brother, actually. We’re separated by a dozen years.”

She looked down at her desk briefly before meeting his gaze again. “I’m not sure why you’re here.”

Ultimately, he was here because Beatrix acted terribly and the consequences would be rather unpleasant for his entire family. If he stayed on the sidelines, then scathing comments would be bandied about by gossip columnists and the tabloid news, sparking new interest in old wounds. He had no desire to let that happen.

His hands tightened. It had been a gigantic mistake to let Beatrix work for a reputable news organization, as they’d want the truth to prevail and would press charges.

He made an effort to keep his voice neutral and not to display any discomfort. “It’d be best if we could find a more private place to have this discussion.” 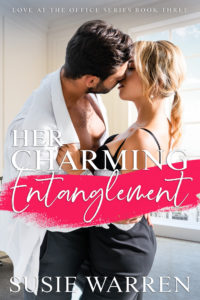 Buy Now Kindle Edition Elle Lyman is knocked off her game by a bold, sexy entrepreneur who pursues her in spite of their stark differences. 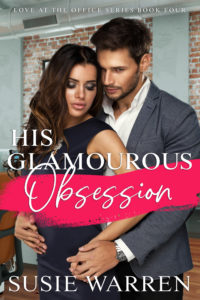 Buy Now Kindle Edition She was the one, he couldn’t have. Six years ago, Gabriel Lyman’s sister had asked him to take a young, rebellious

“Romance is the glamour which turns the dust of every day life into a golden haze.”